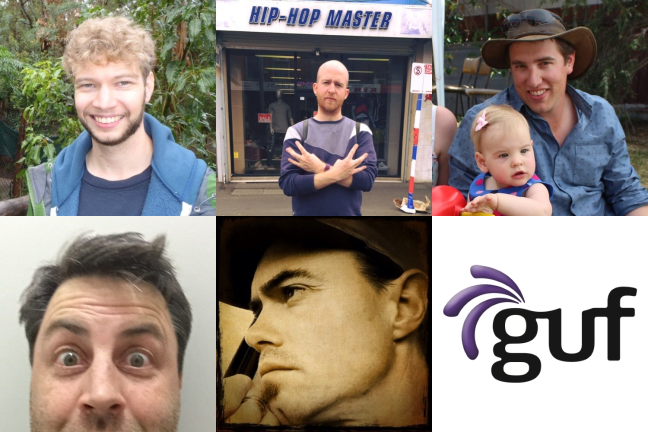 Hi All, it’s about time we did another update!

Planning is well underway for ShepparCon 2017.  We are working through organising a number of activities, including ShepparCon ProtoSPIEL, a relaxed Catan competition and some other fun stuff. Stay tuned for more info in our next update!

In this update we thought we would introduce you to the happy gamers organising ShepparCon 2017.

Our little group began in 2010 and has evolved over the years as people like Karl and Nathan shifted to the region.  We’ve all attended a variety of conventions around the country and often discussed the possibility of hosting a convention in Shepparton.  When BorderCon tickets sold out at a rapid rate last year, we started seriously discussing the prospect of hosting a convention in Shepparton.  From those discussions, the Goulburn Valley Gamers Guild was born with the sole purpose of managing a Shepparton area board-gaming convention.

We are a passionate team with a plan, and know we are well placed to grow ShepparCon into the future. 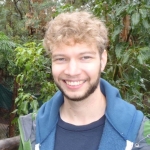 Karl was raised in Shepparton and went to University in Geelong.
Karl played Magic the Gathering and Warhammer Fantasy throughout highschool and recently found his love for modern board games when he stumbled upon Carcassonne on his mobile.
While at uni Karl was Treasurer of the Deakin Engineering Society for 4 years. This put him in an ideal position to manage the group. In his spare time Karl has taken up board game design, is involved in Tabletop Game Designers Australia, and ran the prototype board game session at OzBunnyCon in 2016.

His favourite games are: Above and Below, Exoplanets & Splendor.
You can find Karl at @ArkAngel_Games or on BGG. 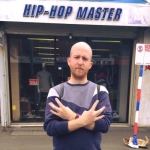 Will is originally from England. After being sent to the colonies for stealing a loaf of bread, has since served his time and now works for the ABC in Shepparton.

Will bought Carcassonne while walking his dog and now buys a new board game at every chance he can get.

His favourite games are: Eldritch Horror,
You can find Will at @Open_WillK or on BGG. 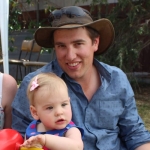 Nathan grew up on a farm in the Goulburn Valley growing sheep and wheat to trade for bricks and wood.
Nathan was introduced to board games in the form of Catan about 10 years ago. True to his roots, Nathan loved farming and making a monopoly of the sheep and wheat markets. It never does him much good, but he has fun doing it.
Ever since he’s been in a steady decline down the rabbit hole. Typically a euro gamer, Nathan will try just about anything. Nathan has been hosting a fortnightly game night for the last 12 months and also recently started painting miniatures when he has no one to game with. Fortunately that’s not too often!

His favourite games are: Terra mystica, Scoville, Kingdom Builder.
You can find Nathan on BGG.

Matt has been in the Goulburn Valley for about 30 years. He is married with children. Three legendary kids, no wait five (sorry Levi and Enoch). Matt started gaming in about 2009 and loves meeting new people.

His favorite games are: Tigris and Euphrates, Mice and Mystics, and Merchants and Marauders (apparently if you put an ‘and’ in your game title there’s a good chance Matt will love it).
You can find Matt @TatMattBowles or on BGG. 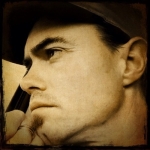 Giles lives in Shepparton with his wife and three kids. He has been a gamer for as long as he can recall, playing miniature games, role playing games and board games. Giles has been actively involved in the gaming community and industry, in various ways, for about 15 years.

Giles has been lucky enough to appear as a guest on The Dice Tower and On Board Game podcasts, as well as running various podcasts of his own, like the Element 270 Podcast, and his current project: On Minis Games.

For a couple of years Giles organised the convention booths for Rio Grande Games at the Australian Games Expo and he wrote the Z-Man Games newsletter for close to three years.

Giles currently works as a teacher and (part-time) as a freelance designer, writer and editor for Spartan Games and Modiphius Entertainment, through which he has had fun working on games like Dystopian Wars and Halo: Fleet Battles, the Infinity Role Playing Game and Star Trek Adventures.

You can find Giles @caradocp, on BGG, or on his blog.

Opening in 2004 as CyberBUNKER, Guf Shepparton has been enjoyed by a great community of gamers for many years.
Since then, they have continued to grow, adding Yu-Gi-Oh! and Magic the Gathering to their repertoire and last year, making the leap into the exciting world of board games!
Guf now holds a board game night at their store every Tuesday night from 6.30pm and has an extensive array of board games for purchase as well as fulfilling any special orders that you may require to fill your collection.

You can find guf at 135 Maude St Shepparton or on Facebook.